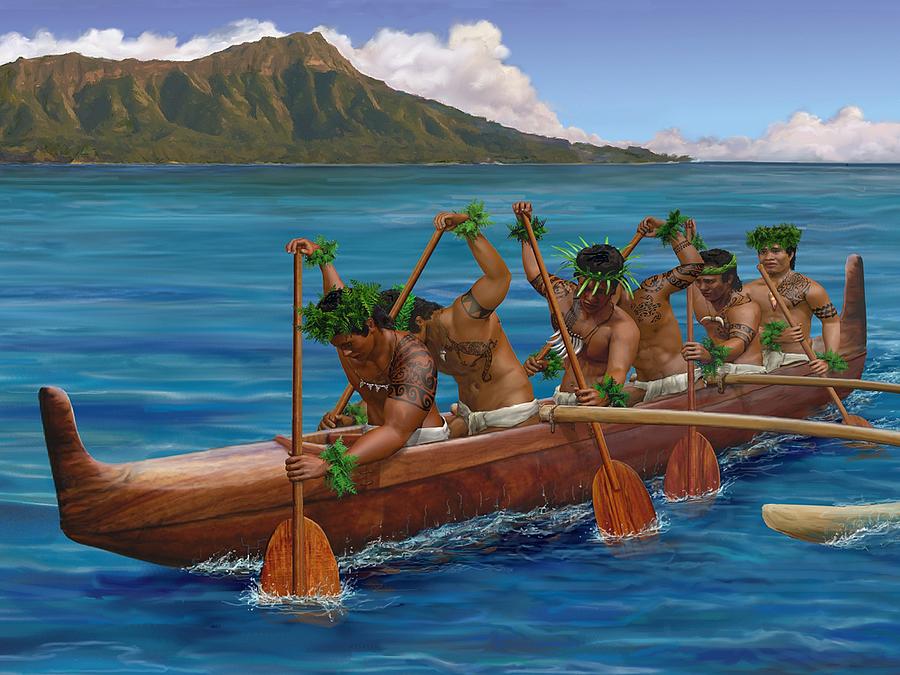 ‘Hawai’i’s Songbird,’ Lena Machado (1903-1974), began her career in 1920, and rose to fame during the 1940s, an era often described as the golden age of Hawaiian music. Her charisma endeared her to audiences throughout Hawaiʻi and the Mainland. Her mastery of ha’i (vocal breaks) and other traditional Hawaiian vocal ornaments inspired countless singers of both genders. Although most of her great recordings are, sadly, out of print, many of her songs, such as Holo Waʻapā, (Canoe Ride) remain popular.

My arrangement for two nylon string guitars in C Wahine tuning again features an innovative bridge, and I’ve included two versions of the tablature here, the first guitar for solo performances and then the two guitar duet arrangement as in my CD “Moe ʻUhane Kīkā”

After you have finished this piece, go on to Moana’s Laundry Basket.
Keola Beamer