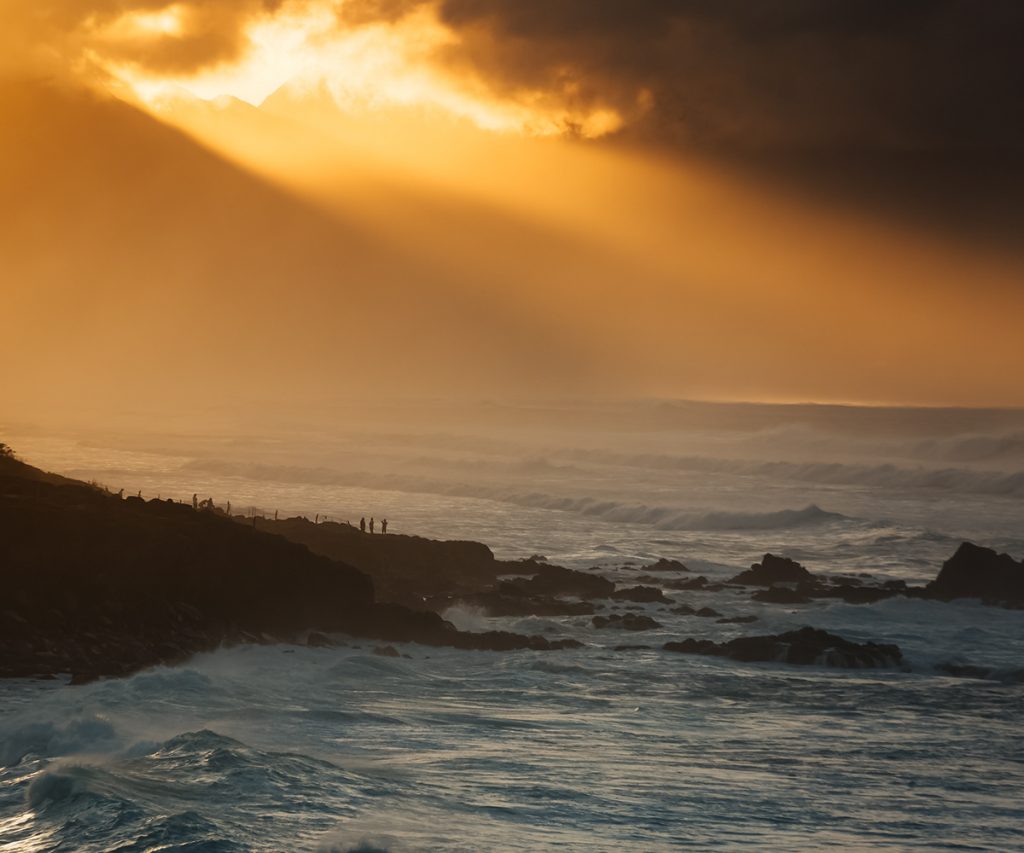 On this original composition for solo steel string, I play in a variant of a C Major tuning: C-G-C-G-D-E. I draw my inspiration from the sights and sounds of the ocean in winter.
Some people think Hawaiʻi doesn’t experience seasonal changes, but that isn’t true. We definitely have seasons. Winter in Hawaiʻi brings huge swells from the Northern Pacific. It’s a time of darkened skies and powerful waves rolling toward the shore. Like the winter tide, the guitar’s tonality here changes into an almost brittle, shard-like quality, as if a series of waves has appeared, disintegrating like glass against the sharp lava rocks of a windy, black coastline.
After you have finished this piece, go on to Maui Waltz.
Keola Beamer